Your child has reached his/her half-birthday.

Vaccines recommended at this age are: TYPHOID VACCINE AND INFLUENZA VACCINE

Both are not covered in the Government schedule.

So are they necessary? Let’s go through the problems with both the disease and then decide: 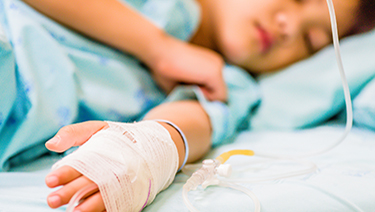 When someone eats or drinks contaminated food or drink, the bacteria can multiply and spread into the bloodstream, causing typhoid fever.

Typhoid fever can be a life-threatening disease.  Symptoms of infection include persistent high fever, weakness, stomach pain, headache, diarrhea or constipation, cough, and loss of appetite.

Typhoid vaccines are not 100% effective. The majority of children or adults who are vaccinated don’t get typhoid fever and even if they get it gets better with oral medication. However, it depends on the bacterial load (if too much contaminated water or food is consumed then you can get typhoid even though vaccinated).

The injectable vaccine requires a booster after 2 years. If you were vaccinated in the past, ask your doctor if it is time for a booster vaccination. Taking antibiotics will not prevent typhoid fever; they only help treat it.

Hospitalization due to Typhoid fever will require admission for a minimum of 5 days to even 10 to 14 days while vaccination would cost around 2000. Vaccination is cost-effective and a healthy option.

Seasonal influenza is an acute respiratory infection caused by influenza viruses that circulate in all parts of the world.

There are 4 types of seasonal influenza viruses, types A, B, C, and D. Influenza A and B viruses circulate and cause seasonal epidemics of disease.

Seasonal influenza is characterized by a sudden onset of fever, cough (usually dry), headache, muscle and joint pain, severe malaise (feeling unwell), sore throat, and a runny nose. The cough can be severe and can last 2 or more weeks. Most people recover from fever and other symptoms within a week without requiring medical attention. But influenza can cause severe illness or death, especially in people at high risk (see below).

Illnesses range from mild to severe and even death.

Worldwide, these annual epidemics are estimated to result in about 3 to 5 million cases of severe illness, and about 290 000 to 650 000 respiratory deaths.

In industrialized countries most deaths associated with influenza occur among people age 65 or older.

Epidemics can result in high levels of worker/school absenteeism and productivity losses.

Clinics and hospitals can be overwhelmed during peak illness periods.

All age groups can be affected but there are groups that are more at risk than others.

People at greater risk of severe disease or complications when infected are:

In terms of transmission, seasonal influenza spreads easily, with the rapid transmission in crowded areas including schools and nursing homes. When an infected person coughs or sneezes, droplets containing viruses (infectious droplets) are dispersed into the air and can spread up to one meter, and infect persons in close proximity who breathe these droplets in. The virus can also be spread by hands contaminated with influenza viruses. To prevent transmission, people should cover their mouth and nose with a tissue when coughing, and wash their hands regularly.

In temperate climates, seasonal epidemics occur mainly during winter, while in tropical regions, influenza may occur throughout the year, causing outbreaks more irregularly.

The time from infection to illness, known as the incubation period, is about 2 days but ranges from one to four days.

Child vaccination schedule: 2 doses in the first year ie 6 months and 7 months of age. Followed by an annual dose. The best month to get vaccinated is May or June (before the start of the academic year)

So, don’t miss either of these vaccines for your child, and know more by consulting your Pediatrician!!